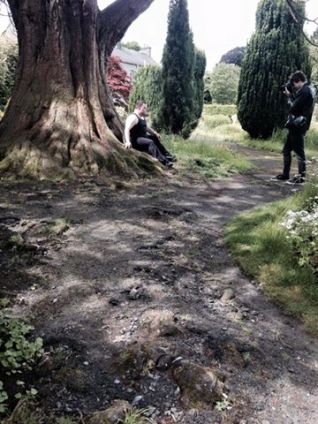 In the words of CAROUSEL June was bustin’ out all over at Run of the Mill, it’s hard to know where to begin…

Crossroads and Seasons presented I’ve a Disability Get Me Out of Here to a packed audience at The Slip Hall in Celbridge on June 23rd. The feedback was fantastic and the atmosphere was electric. The conversation to “take back our nation” was begun and its safe to say it caused a stir! The overwheming feedback was: Everyone. Needs. To. See. This.

And we agree… Plans to develop the piece for a bigger venue are already afoot.

Meanwhile over at our Pathways training programme preparations for what is shaping to be THE definitive reworking of King Lear (seriously, we think even Shakespeare is impressed right now), Reason in Madness are continuing. We had a photoshoot on Friday last with the very talented Vincent Lillis and even though Mark Smith had to cover his face in mud, we think you’ll agree it was worth it when you see the amazing shots. We are bursting to share them! But we can’t …yet…Watch this space.

We also decided it was time to get ourselves a new look logo and enlisted the help of the very talented Paperbag Animator (also known as Sean Cunningham) to help us create something truly unique and original. What do you think of the end result?

In other news, our main ensemble are working hard on Monday evenings to prepare for Culture Night in Sept, our youth theatre finished out the year with a very theatrical ‘Summer Holiday’, Horizons Group continued filming around the town and we drank several, several cups of tea. And that is only SOME of the fun we’ve been up to.

I think we need another cup of tea!